Get a Clue, nerd!

Setting: Hannah’s couch some fine day after her last college assignment. Windows were closed because POLLEN IS A KILLER. There were snacks but more importantly there was Sage liquor.

Lindsay Lohan plays the heroine in Get A Clue, and boy does she do it in good fashion. This movie aggressively succeeds in the fashion and teen bedroom departments. Lindsay's character Lexy Gold has a giant shoe chair (?) and a fuzzy frame around her computer (???) and an insane software that helps her choose her outfit. So many Tiger Beat posters.


She's also facetiming Brenda Song aka Jen but this is like 2002 so there's no facetime and New York is still reeling from 9/11. Omg they were probably filming this in 2001. Where was Lidnsay Lohan on 9/11. (Shout out to the fact that Dana Carvey had to stop filming the Turtle Scene in Master of Disguise on 9/11 for a moment of silence) 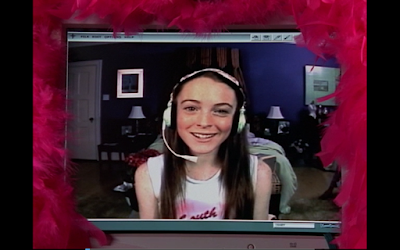 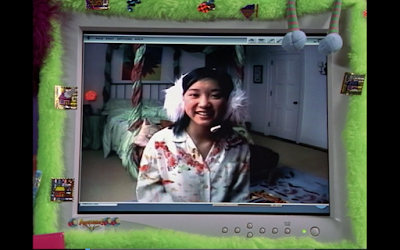 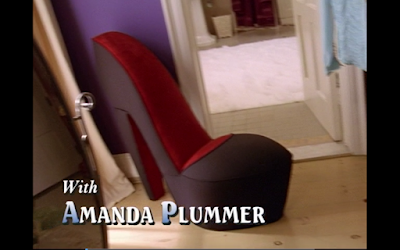 The kids are in middle school but they work in a newsroom that is equivalent to the movie Spotlight. Their Newsroom looks exactly like that of the Yale Daily News in Gilmore Girls! We know this is a rich school but like, WHAAAA?


Speaking of rich schools, this movie has some class tension because the boy (Jack) is on scholarship and lives in Brooklyn but she is rich and lives in Manhattan with all the other students including her BFF Brenda Song/Jen. Also Brenda Song deserved/deserves way more lead roles what the heck.


There is a nerdy little sister. The younger siblings are always very unimportant. But they are also always socialists??


Lexy's mom leaves early in the movie but promises they can go shopping on Madison Ave. when she returns. We never see her again. Disney hates moms.


"Can this Boston bitch leave this young journalist alone?"-Hannah about Jack aka baby Matt Damon, who's from Brooklyn but talks like Michael Keaton in Spotlight. He's a ~serious~ journalist and thinks Lexy's "human interest shenanigans" are useless. He's prob a Bernie Bro. (BERBIE!!) (A Berbie is a Bernie Sanders barbie doll).


WORM ELLEN DEGENERES! This is what we call the lady teacher, who has a semi-scandalous-relationship with missing teacher Mr. Walker. This is mean but the lady teacher really looks like a worm Ellen Degeneres. Don't know her real name. 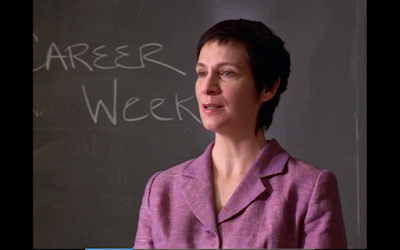 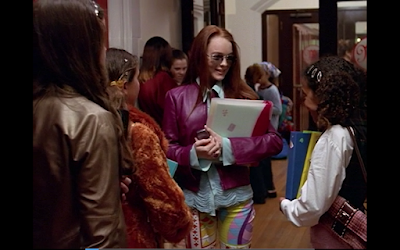 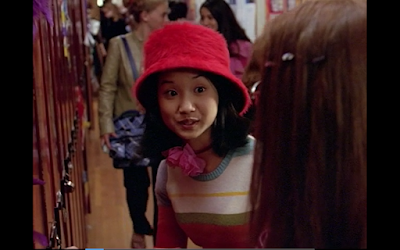 The whole school is freaking out about Lexy's article, which ran first in the school paper and then in the local paper (without her knowledge??) Also the article was about two of her teachers having an affair?? V inappropriate. Like the teachers' relationship was fine but her reporting was inapprop especially when her newspaper teacher made everyone including Matt Damon boy give a speech congratulating her. To be fair he's her editor but to not be fair, what??


Is there a DCOM instragram for outfits? We should start one but probably won't. Someone else do it and we'll plug you. You can have our screenshots.


A teen journalist (Lexy) just  said "There just aren't enough hours in a day." Try being a real journalist in 2017 bitch!! #Americanheroes


Lexy is a hybrid Carrie Bradshaw/Olivia Benson/Nora Ephron/Lizzie Mcguire. She's smart, witty, and got her pulse on the news. And fights for justice. And has tiny purses.


Lexy's cherry pants outfit is iconic and up there with the My Date with the President's Daughter dress. Other notable outfits include the entire gang's black trench coats/sunglasses/spy gear. 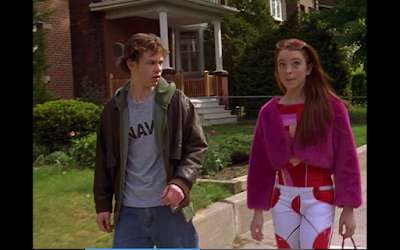 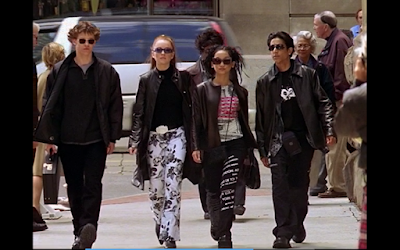 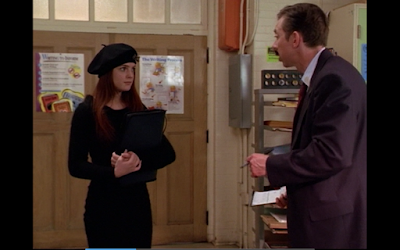 
Lindsay: They are so spy right now"

They are spying on the worm Degeneres teacher through her window like some goddamn weirdos and Jen sees her doing a workout video and says "oh i love this one!" and starts doing it also.


Hannah: Jack looks like Ben Shapiro from Hebrew school I think that was his name but not sure


Jack likes to bowl? He has trophies. They're in his room, he's wearing a Navy shirt, they're working on a school project aka spying on their teachers aka makin' out aka hehe. Jack says "this is impossible..I have an email. How does a dead man send an email"


Lindsay Lohan shoulder freckle? Not sure what this note means but her freckles are cute and that would maybe be a good band name.


We can't wait for the moment when Lexy Lohan gets handcuffed to the steaming thing and Jack saves her. You know the moment. She has a heart bracelet! From Tiffany's.


They're in a hotel spying on their teachers because this is the climax or whatever and for some reason every teacher and faculty member they know is also there and also some city councilman reveals he was pretending to be a homeless man all week? I don't know or understand it doesn't matter.


Anyway Mr. Walker was framed because he was once a slimy banker and blah blah whatever literally no one gives a single shit. Disney movies always have weird IRS plots (see Underwraps). But this pretweens solved it and their hormones didn't even get in the way.


This whole thing, which happens in one week, was also career week and at the end of it all worm Degeneres asks Lexy to be one of the career week speakers!!! Even though Lexy outed her and almost got her lover killed??


Lindsay: "Five fast facts you need to know about Bug Hall"
Hannah: That's a sentence I will never hear again.
[Bug Hall is the name of the actor who plays Jack!]


In other Bug Hall news, he was in a motorcycle accident once. Also, he's been in 7 OTHER MOTORCYCLE ACCIDENTS. Get your shit together Bug! And we think he's been married twice in 5 years. What a mess.

Just two gals with stars in their eyes and infected wounds in their hearts, wishing they didn't have to grow up. Join us as we rewatch Disney Channel Original Movies and share our witté commentary and factual opinions.